I used to be so sensitive.

As I kid, you only had to look at me the wrong way and I’d practically burst into tears. As I got older, I gradually toughened up.

But I still took things personally.

Little did I know that there is a sure-fire, cure-all for developing a thick skin. You might have the antidote in your house right now. If not, don’t worry. You’ll acquire one soon enough.

Your penchant for taking things personally will be remedied when you find yourself the parent of one of these: 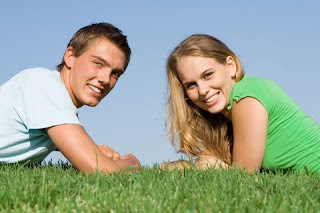 Now, a teenager can’t cure you overnight. No, when I first got one, I used to be regularly wounded and devastated by the parenting critiques and cries of injustice. But over time, they began to have a numbing effect and I’m learning to become “Teflon Mom” — unfazed by the dramatics and undeterred from doing what I know is right despite the opposition.

Teflon Mom: Really, is this all you’ve got? I bet Cain and Abel used this one on Adam and Eve. Considering they were the only humans on earth, I doubt they had much of a case, either.

Teenager: You hate me!

Teflon Mom: Well, duh! Clearly any decision a parent makes to protect and guide their children is obviously motivated by extreme cruelty. What’s your point?

Teenager: I’m going and you can’t stop me!

Teflon Mom: Without transportation? Not likely.

Teenager: You guys don’t let me do anything!

Teflon Mom: Not true, but that can be arranged.

(Now, I’m not advocating using sarcasm with your teen, but I’ve found a little good-natured humor in these situations can help defuse the tension.)

Even the best cures usually take some cooperation on our part. And learning to become a “Teflon Mom” requires you refrain from doing three things:

1. Over-reacting. This is my personal favorite because I used to be so good at it! For example, when your teen tells you, “You hate me!” it’s not a good strategy to say, “Don’t you know how much I’ve done for you?! How can you say that?! You are so ungrateful!” and then run to your room and burst into tears. Just sayin’.

2. Defending. We’re the parents. At times, it might be appropriate to explain your decision and use it as a teaching moment. However, teens are experts at putting you in defensive mode, which is always a position of weakness. I’ve been trying to remember Matthew 5:37 (NLT): “Just say a simple, ‘Yes, I will,’ or ‘No, I won’t.’ Anything beyond this is from the evil one.”

3. Being manipulated. Teens just want their way. And you are the barrier. So, they’ll use any means or argument necessary to get you to see things from their point of view. “You let me do this last time.” or “So-and-so’s parents let her do it. Are you saying they’re bad parents?” Stand firm. They’ll never admit it, but they actually do want consistent boundaries from us. It gives them stability and shows them we care.

I’ve said it before and I’ll say it again. I LOVE my teenager. God has used her more than anything or anyone in my life to shape me and challenge me to be more like Him.

But that doesn’t mean I need to get sucked in on lines like this one (used on me more than once): “Mom, studies show that parents who let their kids have lots of freedom are a lot less rebellious than strict parents like you guys, who don’t let their kids do anything. Studies show!!”

Don’t miss out on our A Prayer for My Children printable!